CHALLENGE
Although the Unit 1 diesels had been maintained mechanically, painting had not been undertaken since original installation. Because diesels are the back-up generator source for electricity in the event of a power outage at the plant, they are considered safety-related equipment and must be maintained at the highest operable level. Brock was contracted to clean, prep and coat the Unit 1 diesels, Alpha and Bravo trains, improving the appearance and material condition of the room and generator while meeting Nuclear Regulatory Commission (NRC) requirements for protecting a diesel train and preventing any dust or drips that could affect the diesel’s operation.

SOLUTION
Brock worked closely with Palo Verde management to identify surface preparation and coating materials that could be used effectively during the extreme summer heat during which the work took place. To meet NRC requirements of protecting a diesel train no longer than two weeks, we alternated between the Alpha Train and Bravo Train until the project was complete. The first phase included providing access then painting the walls, crane rail, elevated piping, exhaust duct and wall mounts. After the scaffolding was removed, we painted the diesel and concrete floor. The diesel was hand-washed, hand-sanded and painted utilizing only brush application. All nuts and bolts were to be left unpainted; this created a very detail-oriented process.
The entire project was completed in 12 weeks.

RESULTS
In an article published in the Palo Verde News, Pete Borchert, Unit 1 assistant plant manager, said, “We have received great feedback from operators doing their rounds in the diesel generator room about the [Brock] crew’s professionalism and the visual appearance and material condition improvements of the room and generator.” “Not only is it a significant improvement in appearance but the coating will make it easy for us to inspect equipment conditions and note any deficiencies such as a leak,” he added. “We’ve also seen everyone taking pride of ownership to keep and maintain these rooms in their new improved condition,” Borchert said. “As anyone who has done this type of work knows, the preparation work is time-consuming and the quality of craftsmanship we have seen in the prep work before the coating has been top-notch.”

CONCLUSION
Due to the quality and performance of the work on Unit 1 Diesels, Brock received additional contracts to paint the units 2 and 3 diesels and also perform the following projects:

UNITS 1 AND 2
Waterbox painting and scaffolding 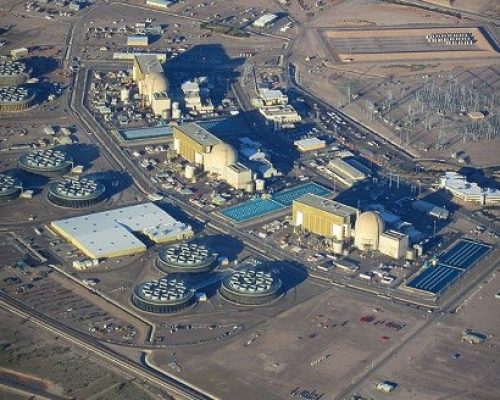