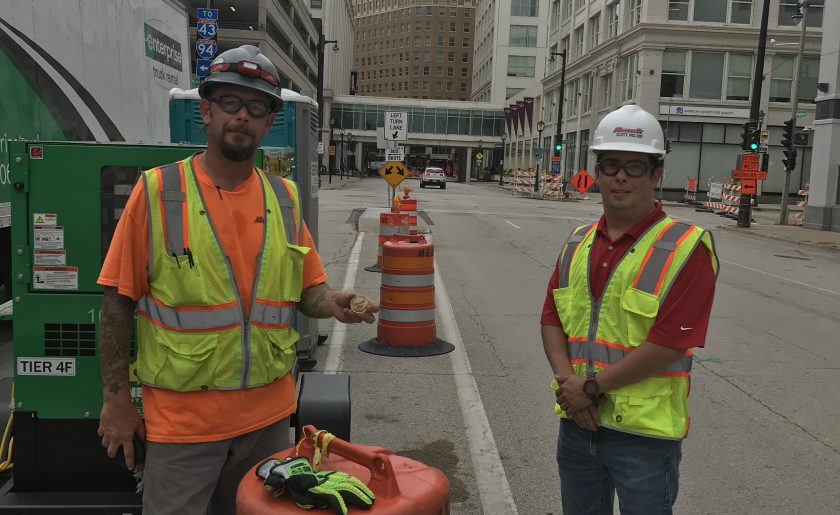 While working on the District Energy Tunnel Project in Milwaukee, Brock Industrial crew’s 5X Gas Detectors alerted them of dangerously high levels of CO2 in the air. Immediately Andrew Zollars, General Foreman, evacuated the entire crew from the tunnel in a safe and timely manner. He then contacted our client who sent people down to investigate the situation. He sent the crew home early and stayed on site to assist the client with the problem. It was determined that another contractor removing asbestos in another area of the tunnel had moved containments causing a disruption in the air flow and allowing the CO2 to build up. When their negative air machines were turned on it pushed all the CO2 into the tunnel where Brock crews were working. Thank you Andrew for your ability to identify the severity of the situation and react in a professional manner to get all of our employees home safe. You are a true testament to our Bsafe culture!