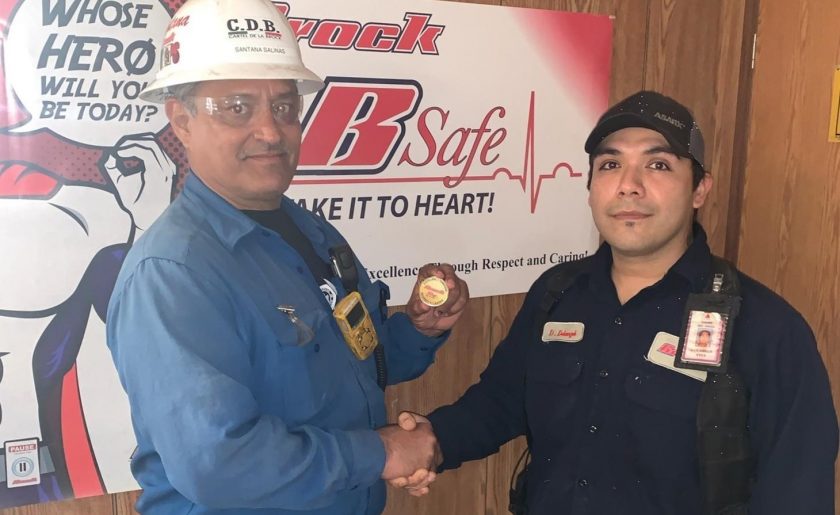 On February 27th Brock team member, Santana Salinas, was conducting a scaffold inspection and as he was walking down the 30 Block alleyway he noticed a small black spot on the ground. As he got closer he saw that a leak had just begun. Mr. Salinas noted that the product was coming out from a 45 degree elbow on a process line and the crude oil was beginning to smoke from the heat; so he barricaded the area to prevent anyone from walking through. Operations was notified and action was taken to identify the issue. Santana Salinas was recognized and awarded the Hero Gold Coin for his swift actions and awareness. This is a prime example of our Bsafe and Bbest culture. Thank you, Santana!